What Actually Happens At An Online Baptism 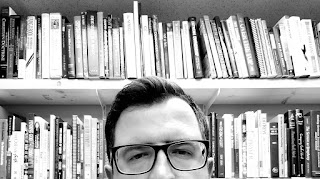 The logistics are easy enough to figure out. A pastor likely is on one side of the camera or another and the baptizer is the same but conversely so. Which side they're actually on doesn't play into the issues that arise when you say something as bold as "Online Baptism" to a blogger like me.

Baptisms are public declarations of faith in Christ and a symbolic death and resurrection that a new Christian is participating in, among the Christians that they will be in fellowship with.

They can happen outside of a church context, because the meaning behind them isn't church membership, but rather affinity or solidarity with Christ's church.

The online aspect of these new kinds of baptisms is again where the Thing/Place distinction shows up. More on that later.

If the baptism is being performed to witness a new chriestian joining the church body locally, then the internet does what it does best and connects the separated person to the church via video and audio on the streaming platform of each church's choice. Is that "Together" or "At the same Time"? Before the internet, you could not baptize yourself in your bathtub and let your pastor know by letter you were doing so and have it mean what it means when you are baptized in the presence of the congregation or public in the case of open water baptisms in rivers and lakes.

What actually happens at an online baptism is a written account of the events in both directions in real-time. The happenings of the baptizer are being written into computer code by the camera, translated into different code by the computer and internet network, then translated a third time, at least, by the screen on the receiving end. Because this is happening in both directions so that the congregations can witness the baptism and the baptized person can see the congregations. we double this translation process.

If we slowed the technological quality down to introduce lag, the congregation and baptizer would start to see how the connection isn't the same as in real life but can appear to be. Would the event of a baptism be perceived differently if instead of thousands of frames of pictures paired to the audio of the vent, you only received hundreds? a choppy video of jerky movements between the questions asked of the believer's belief and trust in Jesus' Death Burial and Resurrection, and the dunk?

What changed? What made this as unreal as it just felt? All we did was give you less of the lie.

Maybe lie is a strong word here, let's go with illusion, still too strong, how about impression? What word would you like for a commentator to use when talking about the strange thing that happens when you start a service off with a 1080p 60k streaming video of the baptism and then dial it back to 144p at 30k? All I changed was the resolution. The wires and screens and cameras are all still there but I'm no longer using them to their fullest capability.

Is the baptism different or invalid because you can see the pixels now? Because truth is, you could always see the pixels you were just cool with it when it looked cool. When it looks dated you want to leave such practices in the past. It's 4k video for true online ministries or bust. If you don't believe me. type those bolded search terms into youtube and see how many experts tell you the bare minimum for church streaming as far as resolution and cameras go.

Church and tech don't mix, they stack. And baptisms are a great place to see this in action. Stack anything on water and what happens to it? It sinks. What is a baptism again? It's the ceremonial submersion of a believer under water to declare their belief and join the body of believers in the church. Is that what is happening to the viewers on the screen? Well, no they are just seeing a representation of what has happened in person through the manipulation of pixels and soundwaves in unison both ways. What about the other way? Is a church witnessing a baptism if they watch a father and son in a backyard swimming pool over Zoom while the pastor asks the questions from the stage? Again, no because then they are the ones being subject to audio-visual manipulation.

No one on either side wants there to be manipulation, but the manipulation is so good these days, that we accept it as a proxy with little to no objection. but the at-home baptist is not with their church, and you could see that by dialing back the technological speed a bit.

If a letter and affidavit stating what the baptized person said before their dunk, pictures of the dry clothes and wet cloths with dates on them, and a photo of a post-baptismal hug in the tank with their parent suffice for proof of baptism? The only difference between that compartmentalized account and the 4k live stream is the amount and quality of pictures and audio and their union in video format.

At some point we let tech past the pews and onto the stages of our churches, we did so with little to no discussion of the metaphysical and theological implications of saying something is one way when it is another. And where that brings us is a place where things meant to be done in public are now done in private. We have tragically all seen this kind of thinking before. especially in the church but not the way you're likely to think.

Are you as uncomfortable now as you were when we were talking about the video in 144p? Maybe you should be.

The distinctions and definitions we use in our faith matter. Bread, wine, and water matter. They matter because they point to Jesus and have their roots in Jesus and are part of the instruction of Jesus. Who of all people would have known the way the internet could change the way the church does the sacraments he left for us. Yet we aren't told to interpret these practices into time and space as technology progresses. We are told to baptize people in the name of the Father, Son, and Spirit. and that the gates of Hell will not stand against a church that does so.

Now that we're decades into the use of these things for Christ's church's name, perhaps we should see if they're capable to use righteously. To jump into theologically deep but available waters and to declare like Christians before us Christ's lordship over all.

To make his will done. Online as it is in Heaven.

at August 13, 2022
Email ThisBlogThis!Share to TwitterShare to FacebookShare to Pinterest
Labels: Baptism, Church, Culture, Online as it is in Heaven, Theology