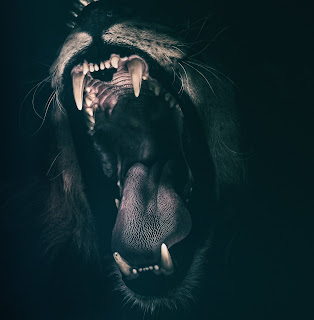 The accuracy and debatability of biblical languages often give me pause to think and, as it were, those thoughts ended up here where I often rant and ramble. This blog.

Much of the problems we face in the divisions between our denominations could be settled in one fell swoop of biblical literacy.

Or put another way, If all Christians had to learn Hebrew and Greek before they could confess their saving faith in Yeshua and a thorough understanding of every iota. But even biblically we see that this is far from required as no reading is required. The thief that thieved and hung beside the lamb that was slain should show us the lowest if not the most hopeful bar of entry into the kingdom Christ left to prepare for us.

Still, I wonder if alongside the barrier these languages present in the following God in a simple way, is there a recognition that God knows about southern drawls and received pronunciation all the same.

For the highest of overviews like a plane at cruising altitude, we have to come to a comfy business class enjoyment of assumptions when it comes to language. There are compounding variables that will continue to compound in the nuance of language and the translation of God's word to what we speak and listen to.

The debate eventually boils down to this. Do we take the text literally or do we take it figuratively and how much of a swing does the pendulum have. Because secretly we want it both ways.

But as Chuck Spurgeon famously said.

"The Word of God is like a lion. You don't have to defend a lion. All you have to do is let the lion loose, and the lion will defend itself."

Perhaps we instead could find a third method. Not a leash for control, with an end we want to be on and an end we don't. Perhaps there is a way to see the scriptures as something to behold not own, to learn from not understand. To be wary of and depend on, A dichotomy of faith and promise, of justice and grace.

What if we took the bible seriously first and delved into the minutia of detail like the hairs in the lion's mane as the situation demanded. We have no need to debate the sharpness of its claws or teeth but a great deal could be spent on the sharpness of its stare. or its tenderness and affection towards those it loves.

Similarly, the word of God has plenty of black shall not's and white shall's that need no debate or cultural analysis. But has plenty of grey areas where we shouldn't assume one or the other and need a thorough understanding of both to make an informed decision on what the text says.

A lion trainer would not gleefully and without regard, approach a wild lion he did not know. A lion enthusiast would not just approach a perfectly trained lion because he liked their aesthetic and powerful appearance. A man afraid of lions would flee from the most cowardly of big cats with friends named Dorothy that fit his fears description. The angles from which we approach this cat can be as varied and nuanced as the languages we translate its features into from an original encounter.

But like the big cat we're comparing it to we have to know that the bible is not simply trustworthy, it's entirely trustworthy. We can not trust it like we could our own truths that we can craft and mould as we see fit and thus simply understand. Those truths are weak and we can trust them about as far as we can throw them. But we can trust a lion to be a lion. To be wild and majestic, powerful and cunning, warlike and tender, a king in its realm and a thing above all else to be taken seriously when we encounter it.

Whether by the trusted roads laid down by the Greeks and Romans, or the paths wandered in the desert by the Hebrews. How ever we find the word of God it must be taken seriously. Because it is by our relationship to it that others will learn of how to interact with God's word. If we take it only literally we will give people the impression that they could never approach such a dangerous and unpredictable text. People will seek ivory towers of theological degrees and pastoral interpretation to interact with the cat and never get close enough to experience it themselves. Always having an experience with God's word that is watered down by a middleman, no matter how well-intentioned and well-educated.

If we take it too figurately we can lend a lassie fair nature to the dangers the lion, like the law projects. People can get too close to the dangerous parts of the text because they assume an air of comparative ignorance. That like a small cat this big one can be domesticated and compliant with their whims and sins.

But if we take it seriously, approach the sensitive and dangerous parts with a willingness to be cautious. With a recognition that we are not the best source of understanding lions, lions are the best understanders of lions. Then we can learn to live with them, befriend them even be taught by them. because we no longer let our ignorance keep us away or let it warrant us getting too close too fast.

We can see how it prowl's, how it growl's and how it roars, and slowly get closer as we learn to trust it and learn what it's all about.


at March 06, 2020
Email ThisBlogThis!Share to TwitterShare to FacebookShare to Pinterest
Labels: Ramblings