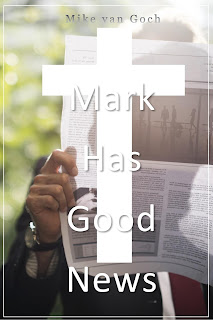 Jesus Heals the Sick in Gennesaret

53 When they had crossed over, they came to land at Gennesaret and moored to the shore. 54 And when they got out of the boat, the people immediately recognized him 55 and ran about the whole region and began to bring the sick people on their beds to wherever they heard he was. 56 And wherever he came, in villages, cities, or countryside, they laid the sick in the marketplaces and implored him that they might touch even the fringe of his garment. And as many as touched it were made well.


If you’re a history nerd like me, the maps and charts in the back of your bible aren't just for boring sermons so you can pass the time. You take them as bonus features with your shiny new bibles.

And if you were paying attention to where Jesus sent the disciples before they got stuck in the storm. You'll notice Gennesaret is not exactly next door to Bethsaida. And I think it's important to note here. Not because the maps in your bibles are divinely inspired like the text, but because it add clarity to what Jesus was doing with his disciples. Because it appears here that Jesus changed his mind. I mean He did say one town and all of a sudden they are in another.

Jesus is flexible here. Not morally or in a way that compromises His character or divinity, but He does work with His disciples. He wanted one thing, got another by their ignorance and folly, and ran with it.

And in ministry and life as a teen flexibility means progress in so many situations. So long as we stay on task and stay flexible in means. Maybe you're graduating and have to switch career paths, maybe your volunteers need less done for them and more done with them. Whatever it is we see here that it's business as usual for Jesus even though he miles away from where he said he wanted to go.